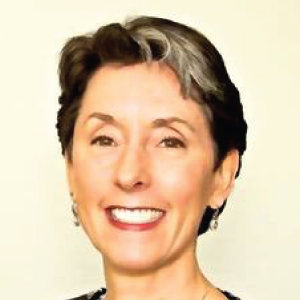 Susan Bottcher was raised in Ft. Lauderdale and moved to Gainesville in 1975 to attend the University of Florida. Susan became active in politics in 2004, joining the Alachua County Democratic Executive Committee and served as chair of the ACDEC Campaign Planning Committee and as State Committeewoman 2008-2012. She worked in varying capacities on political campaigns for progressive candidates for city and county commission, school board and state and congressional campaigns. In 2008, she was elected as a delegate for then Senator Barack Obama to the 2008 Democratic National Convention in Denver, Co.

In 2009, Susan joined the effort to defeat a local anti-transgender “bathroom ordinance” in Gainesville. This was her introduction to Equality Florida and the important work this organization does throughout the state. The following year she volunteered on the campaign that helped elect Gainesville’s first openly gay mayor.

She was elected to the city commission and served one term until May 2014. At that time, she joined the State Advisory Council for Ruth’s List of Florida and in late 2015 asked to serve on the RLF Executive Board. Susan is also a life member of the NAACP and a card carrying member of the ACLU.

As a straight ally, Susan knows her support and advocacy helps to amplify the issues and voices of her family members, friends and neighbors in the LGBTQ community.