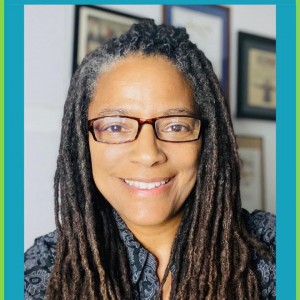 Nadine Smith is the Executive Director of Equality Florida, the state's largest organization dedicated to ending discrimination based on sexual orientation and gender identity. In 2022, she was named to the Time100, TIME's annual list of the 100 most influential people in the world

An award-winning journalist turned organizer, Nadine was one of four national co-chairs of the 1993 March on Washington. She was part of the historic meeting between then - President Clinton - the first Oval Office meeting between a sitting President and LGBTQ community leaders. She served on the founding board of the International Gay and Lesbian Youth Organization.

She is a Florida Chamber Foundation Trustee and served on President Obama's National Finance Committee.

Nadine has been named one of the state's "Most Powerful and Influential Women" by the Florida Diversity Council. She has received the League of Women Voters' Woman of Distinction Award, in 2018 was named one of the 100 Most Influential Floridians by Influence Magazine. She currently serves as chair of the U.S. Commission on Civil Rights Florida Advisory Committee.

She lives in St. Petersburg with her wife Andrea and son Logan.