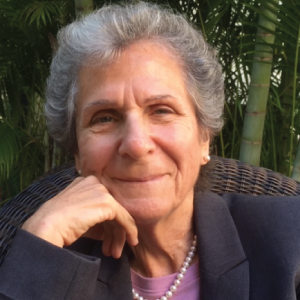 Awakened by the Women's Movement in 1971, Meryl took her first steps as a lesbian feminist in what was to become a very rewarding yet challenging journey. In the early 1970s Meryl was a founding board member of the National Gay Task Force and also co-founded the Gay Teachers' Association.

During her career, she was a teacher and administrator in a junior high in her native Brooklyn. Meryl has been living in Fort Lauderdale since 1990. She and her partner, Pokey Anderson, spend part of each year in rural Washington State as well.

Meryl was the 2014 recipient of the Equality Florida Service and Leadership Award and has long been a member of the Broward County Steering and Host Committees.

She has spent her life fighting the negative stereotypes of LGBT people that so often lead to bigotry and discrimination. She believes that whatever the question, education is always the answer!