The contrasts are clear... | Equality Florida Skip to main content

The contrasts are clear...

We are in the single digits now - there is less than a week before the most important elections we’ve ever seen for the LGBTQ community. This election will mean the difference between maintaining the incredible progress we've made, such as nationwide marriage equality and LGBTQ adoption rights, or losing the these basic rights. In this election, especially for President of the United States and Florida Senate, the candidates have very different views on LGBTQ equality.

It was just a little over a year ago when marriage equality become law of the land and just one year ago the discriminatory law that banned adoptions for LGBTQ parents was finally repealed. And it was just last year that one of the most discriminatory bills was ever introduced in Tallahassee. The bill would have made it legal for businesses, restaurants, and health care facilities to deny services to LGBTQ people, women, and communities of color.

The progress we've made this last year, this last decade, is because of the work Equality Florida, alongside our incredible partners, does every day to ensure a safer and more inclusive state for all Floridians, regardless of their sexual orientation or gender identity. Elections matter. Who is in office matters. And this November, it will mean the difference between rolling back our progress or continuing the momentum to win LGBTQ equality state and nationwide.

Check out where some of the candidates are on our issues,below, and click here for more information on voting: makeaplantovote.org 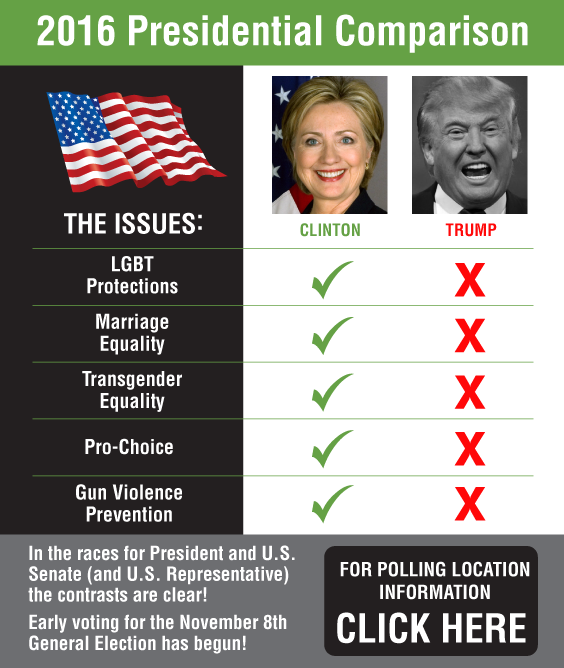 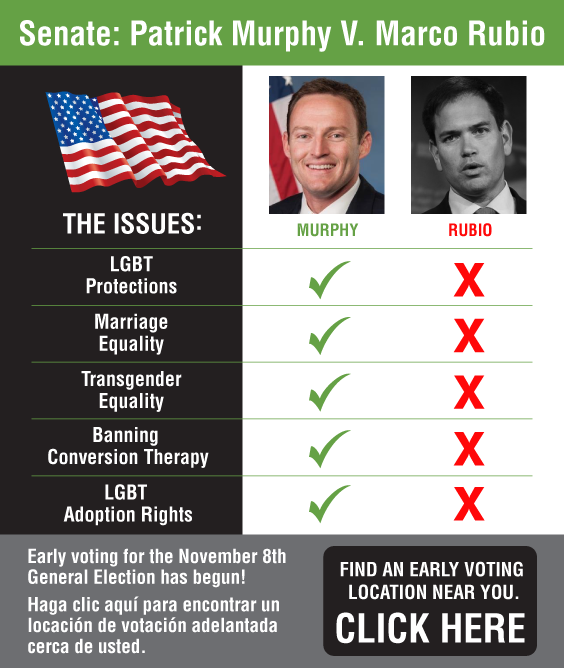 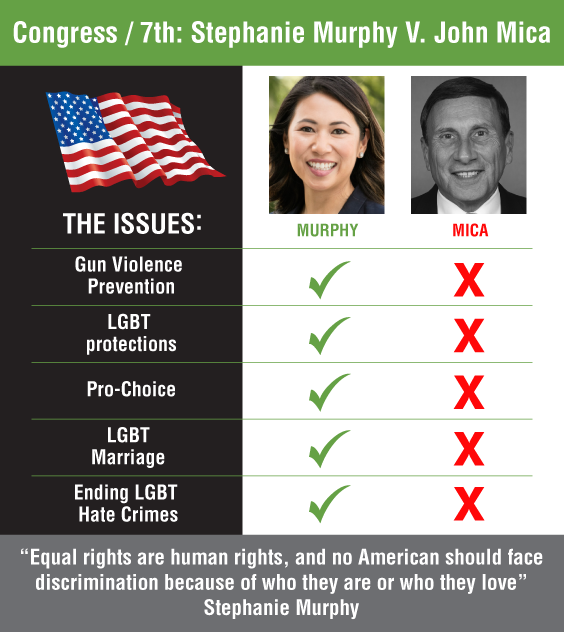 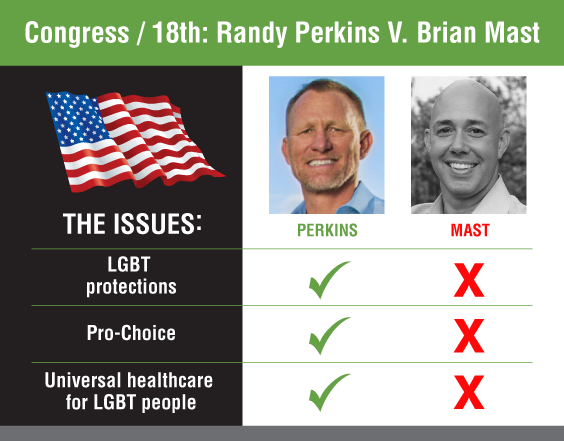 Pulse survivor: Gov. Scott 'cold,' 'out of step with community' -

Pulse mom to Rick Scott: Prove LGBTQ hate has no place in Florida -

Onslaught of anti-LGBT bills in 2017 has activists 'playing defense' -

The contrasts are clear... -

Doug Ball, tireless advocate, to be honored by Equality Florida -